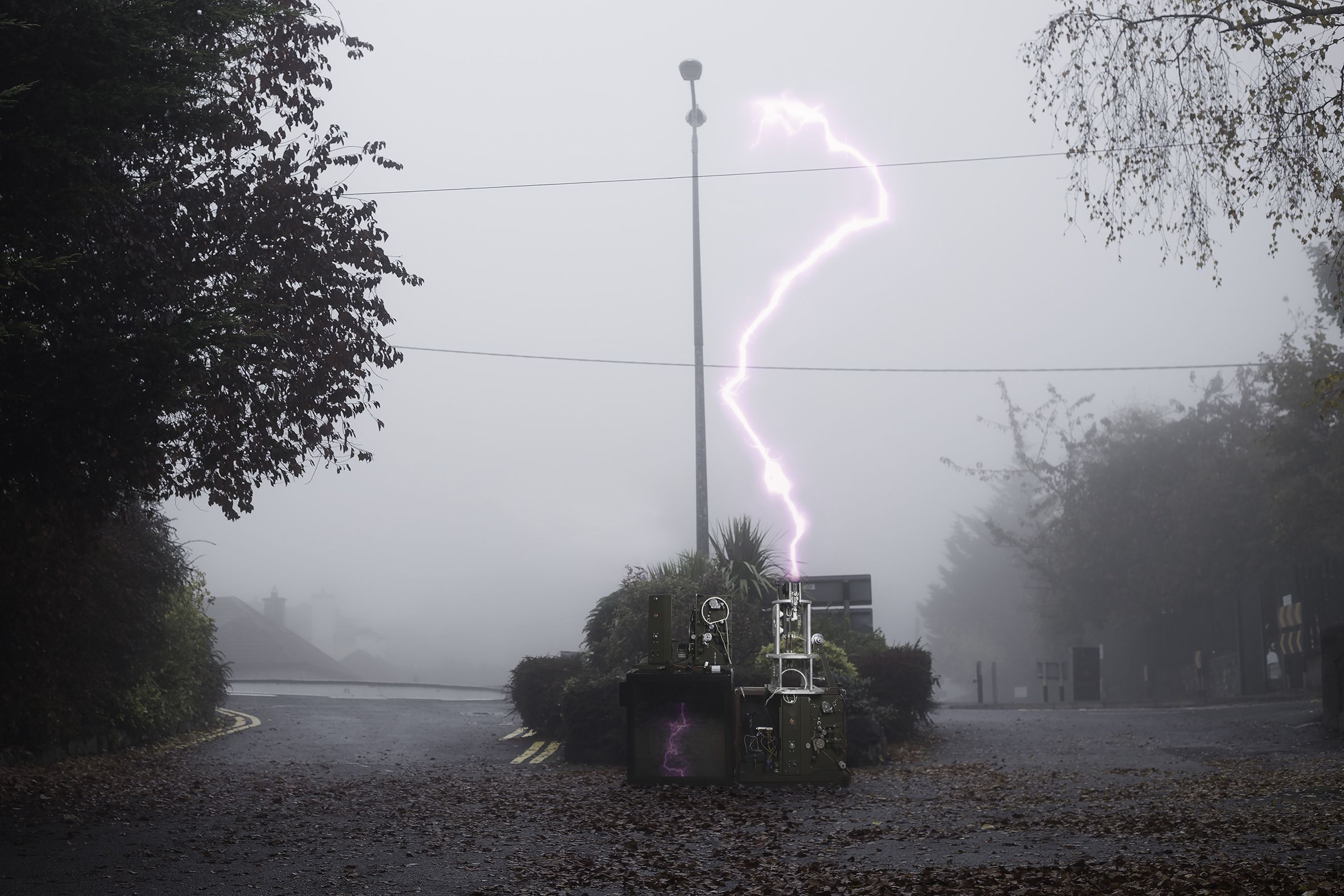 Since the end of the Second World War and throughout the Cold War, devices have been developed which aim to affect the human nervous system, and ultimately manipulate thinking in society as a whole. In general, little is known about the locations and operations of these weapons of mass mind control and even less is known about the scientists who work tirelessly to counter these insidious technologies.

This project documents the research undertaken by Dr. Nadia Kelbova in the areas of electromagnetic, gravitational and light waves using her Psychotronic Weapon Deflector and her goal of protecting humanity from the sinister influences of these mechanisms of social engineering.

A mixture of scientific experimentation and performance, interwoven with humour form the key elements of this project. The aim of this work is to investigate the intoxicating authority of the photograph itself and to draw attention to the dangers of credulity.

Justyna Kielbowicz is the recipient of the A4 DIT Graduate Award 2016. The award was established into support the practice and professional development of a young outstanding artist. Each June the award will be given to a graduate from the Dublin School of Creative Arts, which includes Fine Art, Photography and Visual Communication.

Justyna Kielbowicz is a contemporary photographer whose work is mostly conceptual. She believes that by illuminating social issues through photography, this medium can be a guiding light for change. Justyna currently works as a freelance artist in Dublin, where she received her degree in Photography from Dublin Institute of Technology.